Most people live life with only a vague understanding of what will happen to them as they age.

But for one family in Colombia, all members know from a very early age that they are destined to develop Alzheimer's disease.

The Family And The Genetic Mutation

Members of a large extended family in Antioquia, Colombia, an isolated region in the Andes Mountains, have suffered for centuries from early-onset Alzheimer's.

Please Read This:
Potential Advance In Reversing Effects Of Alzheimer's

Unlike late-onset Alzheimer's—far more prevalent—early on-set has unknown causes, and tends to only affect people over 65. The particular early-onset Alzheimer's that haunts this family appears when the person is in his 40's, and is caused by a genetic mutation. 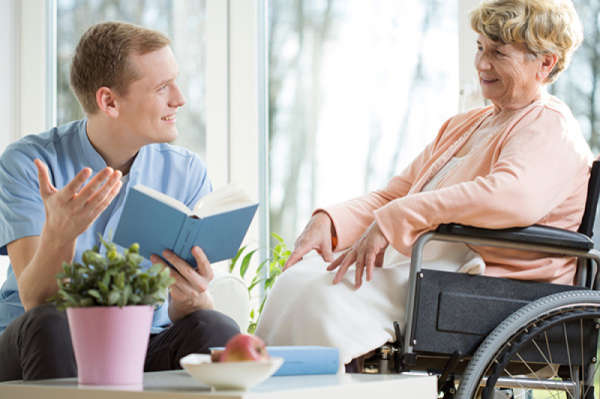 This clan of 5,000 people refers to themselves as paisas, or countrymen; they are descended from a Basque ancestor who brought the genetic mutation to the area three hundred years ago.

The mutation, which guarantees that carriers will develop the disease, is called the Paisa mutation and was discovered by Dr. Francisco Lopera, a Colombian neurologist who has been treating family members for over 30 years.

Sometimes symptoms start to develop when a person is in their early 30's, but family members typically develop advanced Alzheimer's by 47.

How The Gene Is Transmitted

The gene is transmitted by intermarriage, and having large families.

Thousands of members of this Colombian clan have experienced the devastating effects of late-stage Alzheimer's in middle- age. Many family members care for afflicted relatives in their homes. Lacking resources, they sometimes have to lock up patients to keep them from wandering away. Before Dr. Lopera identified the disease, members of the family named the condition “La Bobera", meaning the foolishness. It was thought to have a variety of causes, from having sex with a mad woman to the revenge of a priest.

Years of violent unrest in the area have made studying and treating the family complicated. A former attempt by one nurse carrying blood samples for research, ended in her being captured by guerillas and held hostage for a week.

Recently, however, members of the Colombian family have agreed to participate in a ground-breaking new trial of an experimental drug that may help to prevent or slow the development of Alzheimer's.

The drug is called crenezumab, and is manufactured by Genentech, the U.S. branch of Roche, a Swiss pharmaceutical company. The drug was chosen for the study because, unlike other experimental Alzheimer's drugs, it does not cause brain swelling.

Testing Genetic Mutations For A Cure

While the trial takes place in Colombia, another study of elderly U.S. patients with another genetic mutation that increases the risk for Alzheimer's will take place concurrently.

Because researchers know that Colombian patients with the genetic mutation are destined to develop Alzheimer's by a certain age, they can begin to give the drug approximately five years before symptoms appear. By beginning treatment in the very early stages, they hope to prevent Alzheimer's from damaging the brain.

Knowledge from the study could greatly benefit this deserving family that has suffered for so long, as well as provide information about Alzheimer's that could lead to a cure.

The Status Of Potential Alzheimer's Treatments

When Eating Becomes An Issue For A Dementia Patient