If you suspect that a loved one's cognitive abilities are on the decline, it is important to understand the types and causes of dementia, in order to find the best treatment options.

Whether it's from some form of blockage or through chronic exposure to an environment without adequate oxygen, oxygen deprivation in the brain can lead to some forms of dementia, including Alzheimer's Disease.

What Is Oxygen Deprivation?

Oxygen deprivation, otherwise known as hypoxia, can occur throughout the entire body or exclusively in one section of the body. A complete deprivation of oxygen in the bloodstream is known as anoxia. Cerebral hypoxia, induced through other forms of hypoxia, can cause brain damage, including brain cell death and other forms of mental deterioration.

Studies have shown that abnormally low oxygen levels in the brain (cerebral hypoxia) have a clear association with the onset of Alzheimer's disease. Current research has not been able to prove the exact mechanisms behind the correlation, but the reduced blood supply does tend to increase the protein beta-amyloid. Buildup of beta-amyloid in the brain is one of the most characteristic symptoms of Alzheimer's disease. 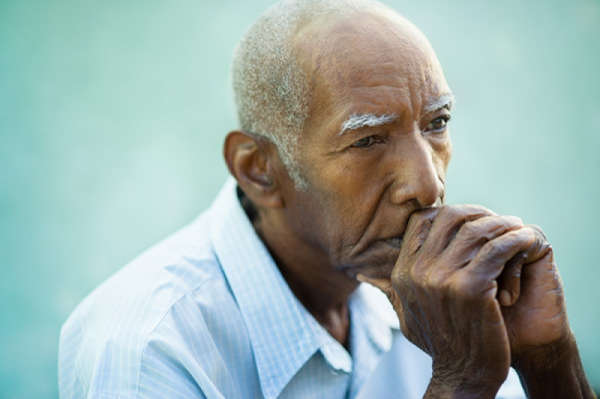 Cerebral hypoxia has a variety of potential causes—anything that interferes with the body's ability to process and distribute oxygen could lead to deprivation in the brain. This could include:

Any situation in which you are unable to breathe normally can lead to cerebral hypoxia and eventual brain damage, which in turn can increase your risk for developing a form of dementia.

Signs And Symptoms Of Oxygen Deprivation

The brain needs a certain amount of oxygen every minute. If oxygen levels in the blood are not enough, the body may increase blood flow to compensate.

If this is still not enough, the brain will begin to be negatively affected. Immediate signs of poor oxygen circulation to the brain may include:

Even after the person's oxygen supply is returned to normal, if oxygen deprivation has occurred, the risk of dementia's onset is present.

Treatments For Dementia From Oxygen Deprivation

Dementia from oxygen deprivation is not always treatable, because it usually stems from some form of permanent brain damage. If a person facing low levels of oxygen is restored to adequate levels fast enough, the damage may be minimal or reversible. But if the damage is long-term and causes the onset of dementia, there is little that can be done short of managing the symptoms.

No matter how oxygen deprivation occurs, the long-term resulting damage will put you at risk for developing dementia. By ensuring you are in an adequate breathing environment at all times, you can likely prevent this type of dementia.

Although this kind of dementia can be symptomatically managed similar to other varieties, in most cases, the induced cerebral damage is not reversible.

The Challenges Of Younger-Onset Dementia

Dementia Grief – What Are The 3 Stages